We haven't found any reviews in the usual places.

18 other sections not shown

John Cherry is former keeper of the Department of Prehistory and Europe in the British Museum. He is the author of Medieval Decorative Art and Goldsmiths and editor of The British Museum Book of Mythical Beasts.

Chris Scarre is Deputy Director of the McDonald Institute for Archaeological Research, University of Cambridge. He is author of such works as Timelines of the Ancient World and Past Worlds: The Times Atlas of Archaeology, and is also an editor of The Oxford Companion to Archaeology. He has directed
excavations at several sites in France and has participated in fieldwork in Britain and the Aegean. He lives in Cambridge, UK.

Stephen Shennan is Director of the Institute of Archaeology, University College London. 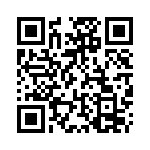