Reviews aren't verified, but Google checks for and removes fake content when it's identified

I'm giving this one, in all honesty, something like a 3.7. It's well enough written it shouldn't be a three and yet not compelling enough to deserve a four. And yet I truly enjoyed it. It's been a ... Read full review

What a book. For someone with a vast intellect as Sagan to be able to write a book that is so approachable by all is a feat unto itself. He writes with a wonder that was visible during the "Cosmos ... Read full review

References to this book

The books of Carl Sagan, the distinguished astronomer, are the most widely read scientific works in the world. Cosmos, first published in 1980, is the bestselling science book ever published in the English language. The accompanying Peabody and Emmy Award winning television series was broadcast in sixty countries. His other books include The Dragons of Eden, awarded the Pulitzer Prize in 1978, Broca's Brain, and the bestseller (with Ann Druyan), Comet.

Dr. Sagan was deeply involved in both spacecraft exploration of the planets and the radio search for extraterrestrial intelligence. His numerous awards included the NASA medals for Exceptional Scientific Achievement and for Distinguished Public Service, the John F. kennedy Astronautics Award, the Honda Prize, the Joseph Priestly Award "for distinguished contributions to the welfare of mankind," and the National Academy of Science Public Service Medal. The National Science Foundation states his "research revolutionized planetary science...his gifts to mankind were infinite."

Dr. Sagan was the David Duncan Professor of Astronomy and Space Sciences at Cornell University, where he also served as director of the Laboratory for Planetary Studies at the Center for Radiophysics and Space Research. He died in 1996. 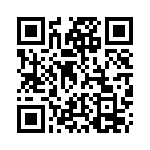